The world’s first air traffic control tower was commissioned by the UK Government 100 years ago.

It was built at the now-closed Croydon Airport, south London, and stimulated the development of air traffic control.

Due to the rise of airline passenger services, on February 25 1920 the Air Ministry ordered the construction of a building that was 15 feet tall, with large windows on all sides, to control air traffic.

The Aerodrome Control Tower was completed later that year and provided a name and design that has remained synonymous with air traffic control. 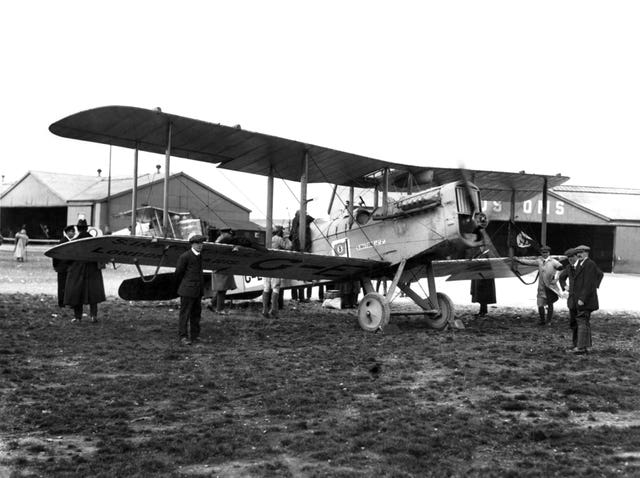 Ian Walker, who chairs Historic Croydon Airport Trust, said: “In 1920 there was no blueprint for what air traffic control, or even an airport, should look like, so it fell to those early pioneers to develop, test and implement the ideas that would enable air travel to grow safely.

“Airfields before this had radio offices and aerial lighthouses, but nothing with the explicit intent of providing technical air traffic services to aircraft.

“The control tower was described as an essential development and its legacy lives on with us today.”

The first controllers provided basic traffic, location and weather information to pilots over the radio, and the progress of about a dozen daily flights were tracked using basic radio-based navigation and plotted on paper maps.

Today, UK air traffic control provider Nats handles up to 8,000 flights a day in some of the world’s busiest airspace.

The firm’s operation director, Juliet Kennedy, said: “We’ve come a long way since the first controllers in terms of the amount of traffic we handle and the tools we use, but the motivation to harness the latest technology to help make flying safer and more efficient remains at the absolute heart of what we do.

“We have a £1 billion investment programme, but technology alone is not the answer if we’re going to both keep pace with the growing demand to fly and meet the huge challenge of climate change. Modernising our airspace is now absolutely essential.”

The aviation industry wants the use of airspace to be made more efficient.

Many of the flight paths used by airlines are more than 50 years old, which has been compared with driving across the UK without using a motorway.

The Department for Transport is working with the Civil Aviation Authority on plans to modernise airspace.