Skip to content
In a scene reminiscent of the Old Testament, residents of Amginsky District in eastern Russia’s Sakha Republic were subjected to a bizarre phenomenon on Tuesday, as thousands of bugs rained from the sky.

The bugs are aquatic insects from the Corixidae family. They are up to 15mm in length and are currently in a migration season. The local Ministry of Nature Protection said in a statement that samples of the insects have been collected and sent to a lab for testing.

Curiously, this isn’t the first time this strange occurrence has taken place in Yakutia. The ministry notes that the so-called “Corixidae rain” was also seen between 1917-1920 and again in 1994. Locals will be relieved to hear that, while unpleasant, the bugs don’t pose a risk to humans. 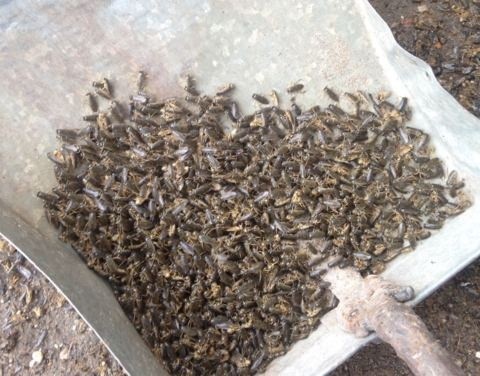