The latest election for Bosnia-Herzegovina’s triumvirate presidency is threatening to unravel the Balkan country’s fragile peace. The Western media, however, seemingly focus only on one winner’s alleged ties to Russia.

On Sunday, Bosnia-Herzegovina held a general election, including for its three-member presidency. The multi-ethnic institution, which includes one representative from each of the country’s three ethnic communities – the Serbs, the Croats and the Muslim Bosniaks – is one of the power-sharing bodies established to promote equal rights in the fractured state after the bloody ethnic conflict in the 1990s.

However, the presidency’s new composition might in fact fuel tension and distrust, threatening Bosnia’s future. While the Serbs and Muslims will be represented by candidates of their respective ethnic political parties – Milorad Dodik and Sefik Dzaferovic – the third seat will be filled by Zeljko Komsic against the wishes of most of Bosnia’s Croats.

According to election rules currently in place, and protested bitterly by Croats as well as members of smaller ethnic communities, Croats and Bosniak Muslims vote together in one half of Bosnia, the Federation, while the Serb candidate is elected by the Serb Republic.

Dragan Covic, head of the largest Croat party HDZ, accused the Bosniaks of getting Komsic elected. Prior to the election, he also warned that his party will not cooperate with the central government in case of his defeat. 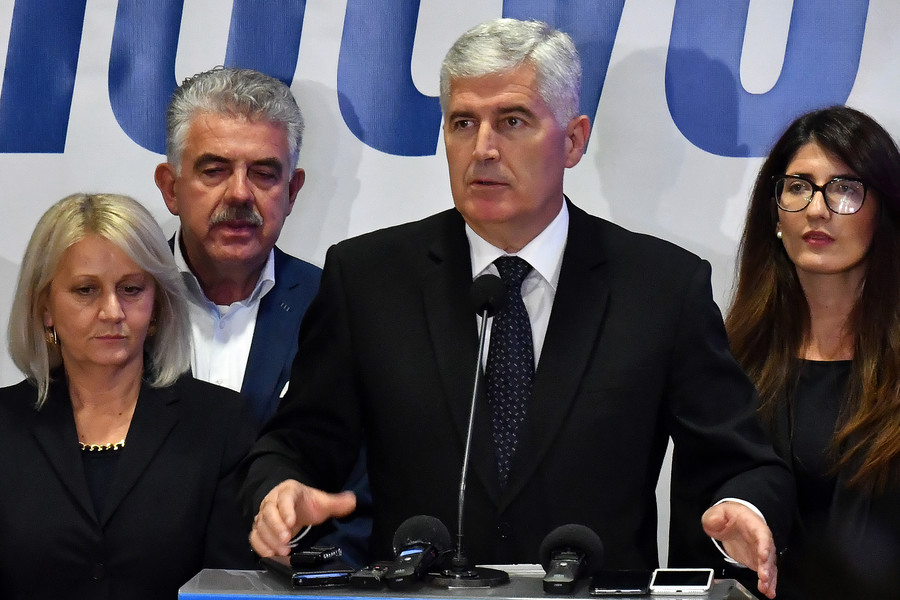 “Such election results may cause an unprecedented crisis in Bosnia-Herzegovina,” Covic said from the divided southern city of Mostar.  The HDZ itself called for the creation of new, ethnically based election procedures for Bosnian Croats. This is opposed by the Bosniak Muslims, who outnumber the Croats within the Federation.

The biggest winner of the elections seems to be Dodik, who will command majorities in both the Serb Republic and the Serb delegation in the joint parliament. Dodik and his party have been the dominant political force in the Serb Republic since 2006, at times even threatening to separate from Bosnia.

“My first priority will be the position of the Serb people and of the [Serb Republic],” Dodik said in his victory speech. During the campaign, he argued that Bosnia is “not a state,” while calling its capital of Sarajevo a “foreign territory.”

The Western media have apparently chosen to ignore the many complexities of Bosnian politics and focus on Dodik as the designated culprit for all of the country’s problems, complete with the accusation that he is – what else? – an agent of the Kremlin.

“A victory for Milorad Dodik, a Bosnian Serb strongman and a close ally of Russia’s president Vladimir V. Putin, could exacerbate ethnic rivalries in the Balkan nation and stall the country’s bid for membership in the European Union,” the New York Times reported in the article on the Bosnian elections, which mostly focused on the Serb candidate.

The German-based Deutsche Welle (DW) international broadcaster branded Dodik’s victory “a blow to the fragile unity of the country created after the brutal civil war” while also highlighting the fact that his is “known for his pro-Russia stance.”The DW’s Russian language website outright called Dodik “Putin’s favorite.”

The Times also called Dodik “Putin’s ally” while the Associated Press named him a “pro-Russia Serb leader,” whose victory would “deepen ethnic divisions” in Bosnia-Herzegovina. 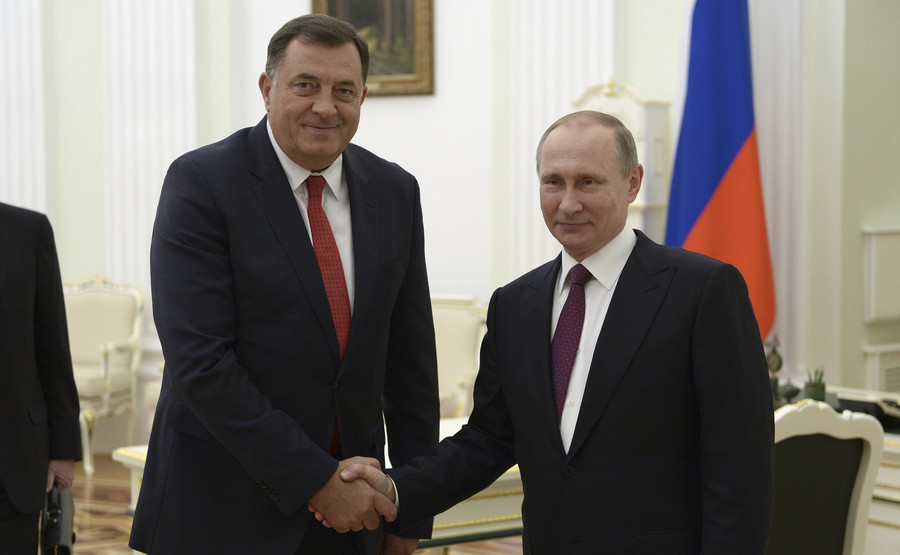 Dodik has frequently visited Russia in recent years, while serving as president of the Serb Republic. He attended the World Cup that was held in Russia earlier this year, and most recently met with Russian President Vladimir Putin on September 30. He also spoke favorably of Russia and supported the development of economic relations between Moscow and the Bosnian Serbs.

Of particular concern for the West is the fact that Dodik vehemently resists any idea of Bosnia-Herzegovina joining NATO, something the Alliance apparently seeks to achieve.

“NATO bombed [the Serb Republic], the Serbian people. That was in fact an attack on Serbs,” he told TASS in 2017, arguing that the depleted uranium used in the NATO bombs has led to a spike in cancer-related illnesses in the region. “And these people, this organization expect us to join them? Our answer is ‘no.’ This is our decision,” Dodik said at that time.

Frustrated with Dodik’s resistance to Western efforts to change Bosnia’s power-sharing arrangements in the name of joining the EU and NATO, the Obama administration placed him on the sanctions blacklist in January 2016.

Bosnia-Herzegovina’s incredibly complex system of government, which includes not only the triumvirate presidency but also a bicameral state parliament and parliaments for both the Serb Republic and the Croat-Bosniak Federation, arose from the 1995 Dayton Accords, which stopped the fighting that claimed 100,000 lives over nearly four years.

The voters of Bosnia had to elect as many as 518 officials on Sunday, according to local media – which is a lot for a country of just over 51,000 square kilometers and an estimated 3.5 million people.

Not surprisingly, nationalists won majorities in both the state parliament and the two regional legislatures, according to preliminary results cited by AP. If they are unable to reach a power-sharing agreement, that spells trouble for a country that still desperately struggles to overcome ethnic tensions more than 20 years after the war.

It still remains to be seen if the outcome of the latest elections will lead to any significant turmoil in the fractured state, but the West already seems to be eager to blame it all on Russia, again.