Skip to content
Brazilian right-wing candidate Jair Bolsonaro will head to the second round of the country’s election, facing leftist candidate Fernando Haddad on October 28, after narrowly failing to secure fifty percent of first round votes.

At the conclusion of Sunday’s election, Bolsonaro had gained 46.7 percent of the vote, with over 49 million Brazilians casting their ballots in his favor. The congressman now heads toward a second-round runoff against Haddad, the former Mayor of São Paulo, who gained 28.37 percent of the popular support, with over 30 million votes.

The 63-year-old conservative candidate, who had advocated a brutal crackdown on crime and graft ahead of the election, came ahead of his Workers Party rival, whose former leader President Luiz Inacio Lula de Silva was barred from running due to his 12-year jail sentence on corruption charges.

It's hard to overstate how wildly and radically inaccurate all polling data was in Brazil – the most reliable polls off by 20 or more points consistently, across the country. A huge far-right wave magnitudes beyond what all polls predicted.

The 2018 election is seen as the most polarized vote in the country since the end of military rule in 1985. Bolsonaro, who appears to favor dictatorship, has an active support from a group of retired generals who stand opposed to the 2003-2016 rule of the Workers Party. The Congressman publicly advocates military intervention as a way to fight corruption.

Bolsonaro rode a wave of anti-establishment sentiment in Brazil to record an unprecedented rise in popular support, not unlike Donald Trump did in 2016. He is also favored in business circles and has managed to become the first person in Brazilian politics to raise over 1 million reais ($260,000) in campaign donations. If the 63-year-old succeeds in securing the presidency later this month, he promises to cut taxes, to generate economic growth and to tackle unemployment. He also aims to cut government spending and diminish the size of bureaucracy. 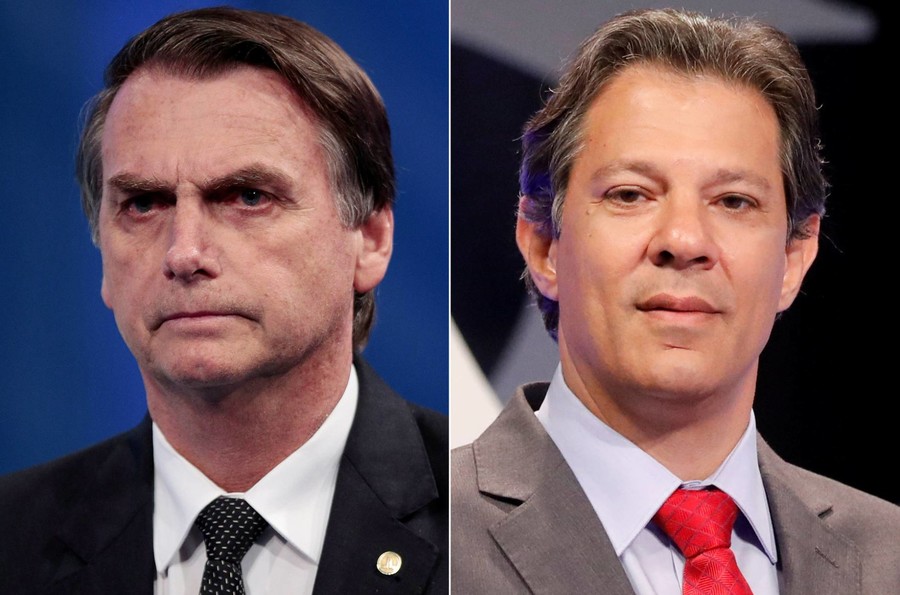 The Workers’ Party remains crippled following the arrest of Lula in April, which prevented him from running for the presidency. The former president remains highly popular in Brazil, since his two terms are associated with implementation of successful social programs and a period of robust economic growth.

Lula’s successor as head of the nation, Dilma Rousseff, lost power by impeachment two years ago, which the Workers’ Party called a parliamentary coup. Her presidency was also marred by economic problems, which undermined her popular support. Rousseff’s attempt to get elected to Brazil’s Senate failed on Sunday. Haddad, a former education minister and one-term mayor of Sao Paulo, was handpicked by Lula, but is apparently also finding it hard to find his feet.