Skip to content
Europeans will be caught in the crosshairs of any potential conflict between the US and Russia if they agree to host US missiles, Russian President Vladimir Putin said, but there is no real reason to put Europe in such a danger.

The Russian president outlined a scenario in which the US would move to withdraw from the Intermediate-Range Nuclear Forces (INF) treaty and decide to place nuclear missiles at Russia’s doorstep.

The INF pact, which came into force in 1988, prohibits the development, production and deployment of land-based and cruise missiles with ranges of between 500km and 5,500km.

“If they are deployed in Europe, we will naturally have to respond in kind,” Putin told a news conference on Wednesday, adding that in this scenario, European nations “should understand they would expose their territory to the threat of a possible retaliatory strike.”

The Russian leader said he would not like to see a nuclear build-up in Europe, as it would put the continent itself in a vulnerable position.

“I don’t understand why we should put Europe in such a grave danger,” he said. While Russia would not like to see this turn of events, it would be forced to respond in kind. 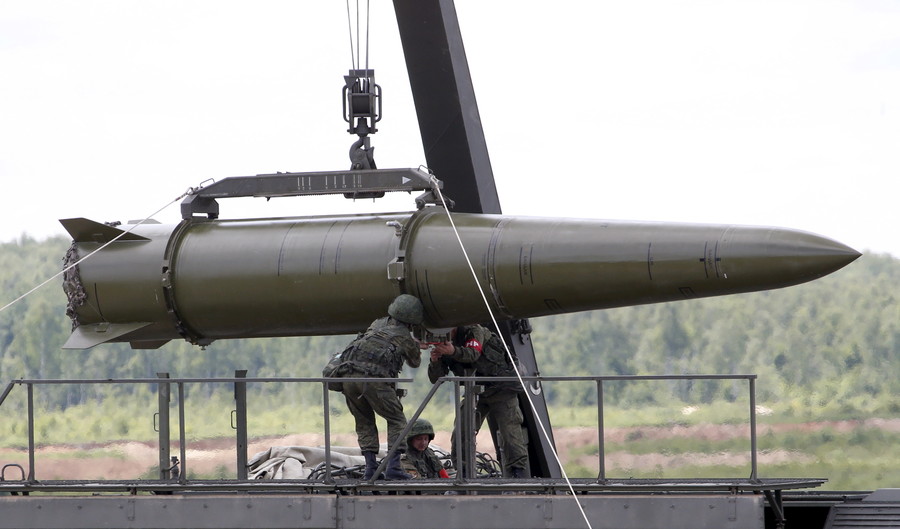 “I would like to repeat that it’s not our choice. We don’t want it,” Putin said.

The warning from Moscow comes on the heels of US National Security Advisor John Bolton’s visit to Moscow. Bolton reaffirmed US President Donald Trump’s intent to pull out from the INF treaty, which has been one of the main pillars of European security architecture for 30 years.

The US claims that Russia is violating the INF deal by building missiles that it prohibits. Moscow refutes these allegations and argues that it is the US which has been non-compliant, as it can re-purpose the missile defense complexes stationed in Europe and use them as offensive launchers.

Another pretext for Washington to ditch the agreement is ongoing Chinese militarization. While in Moscow, Bolton said the US believes that about a third to half of Chinese missile capability will be banned under the agreement should it be trilateral.

Washington’s intent on relegating the agreement to the dustbin of history has drawn sharp criticism from US allies in Europe, who argue that getting rid of the Gorbachev-Reagan treaty will undermine Europe’s security.

France, Germany and China have cautioned Trump against dismantling the deal, warning that it would harm security across the entire globe.

Moscow has said that the US would effectively unleash a new arms race if it unilaterally quits the agreement.

Meanwhile, NATO chief Jens Stoltenberg struck a conciliatory note on Wednesday, stating that the alliance is not considering deploying any more nuclear missiles in Europe in response to the alleged “Russia threat.”