Skip to content
India has drawn awe from every corner of the world as it unveiled its Statue of Unity, a monumental 182 meter-high effigy which costs an eye-watering $400 million. The monument has become the world’s tallest statue.

Glimpses of the ‘Statue of Unity’ that will be dedicated to the nation shortly. pic.twitter.com/UWVYhizMn8 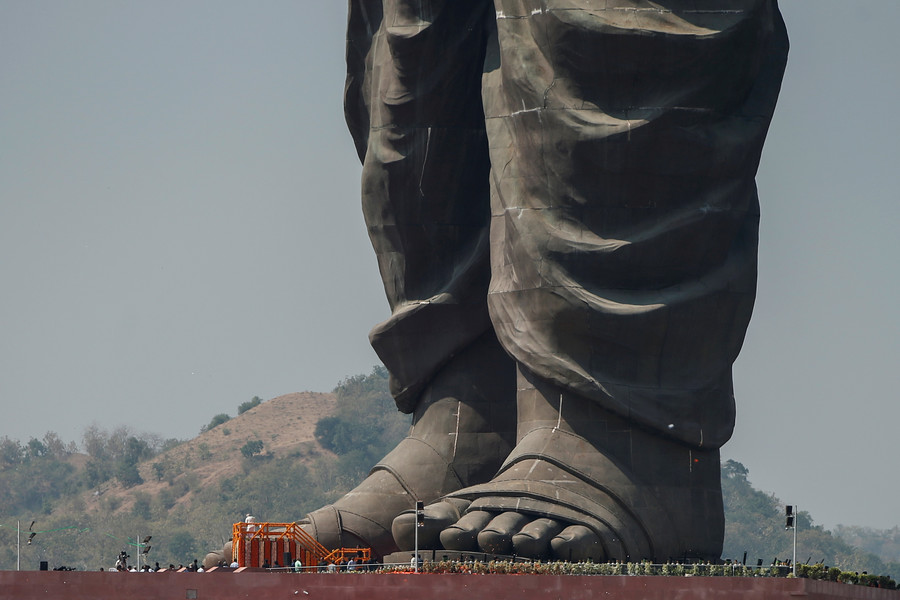 The three aircraft of IAF flying in Vic formation painted the tricolour in the sky as a Salute to the Majestic #StatueofUnity, today.

The PM hailed the statue as an answer to those who always question India, before adding: “It shows that India was, is and always will be eternal.”

The monument, on which thousands of people have worked on since its foundation stone was set in October 2013, has beaten China’s ‘Spring Temple Buddha’ to be the world’s tallest statue.

But the statue wasn’t welcomed by everyone.

Local villagers have written to the PM saying the inauguration is “akin to celebrating someone’s death” as the statue’s construction entailed the wiping out of natural resources which had for years given farmers a living.

The headmen of 22 villages wrote to the PM saying they wouldn’t welcome him at the ceremony.