Skip to content
By coming to Saturday’s summit in Istanbul, European leaders are admitting that Russia is now dictating the terms on Syria. But Vladimir Putin’s 3-year gambit won’t be vindicated until a resolution comes in Idlib and beyond.

While all parties in the so-called quadrilateral talks have been given equal billing, Angela Merkel and Emmanuel Macron’s role will be to salvage the best deal for Europe from the accord that was struck without them by Putin and Recep Tayyip Erdogan last month.

In 2018, sitting at the table headed by the Russian and Turkish presidents seems like pragmatism, as Europe outspokenly quakes in fear of a new wave of refugees in the aftermath of the inevitable government assault on Idlib, the last substantial rebel stronghold in Syria. But did such a scenario seem plausible after the Syrian conflict broke out in 2011, and the West demanded nothing but Bashar Assad’s removal, in the summer of 2015 when the Syrian president’s forces reached a point of depletion, or November the same year, when Turkish forces shot down a Russian Su-24, setting off a 9-month diplomatic rift between the countries? 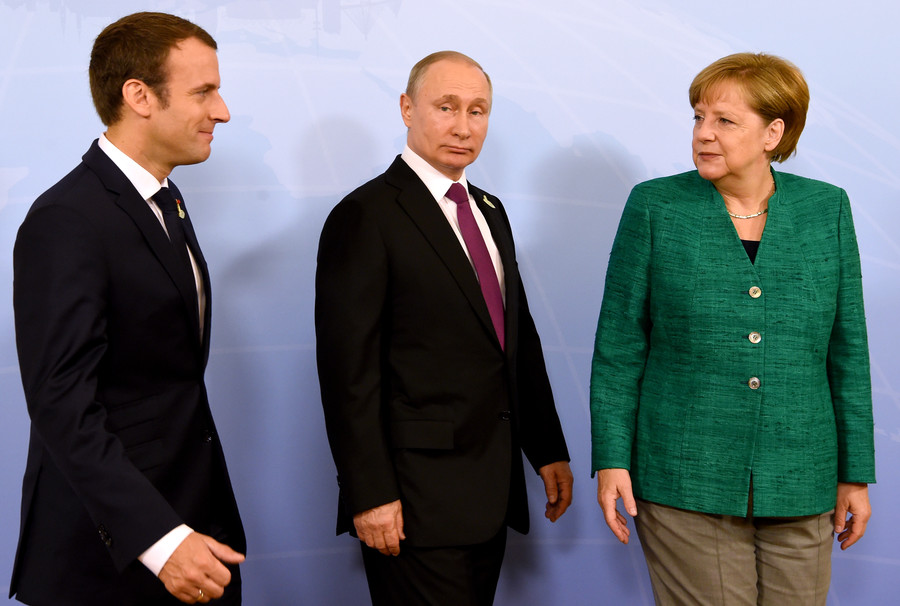 This much “give” from Europe is unprecedented. Often lectured and castigated by those sitting across them, Erdogan and Putin can allow themselves a moment of self-congratulation, more so the latter, whose ally Assad looks poised to take back control of his country.

In Syria, the past three years have served as proof of concept for Russia’s foreign policy for the future. Crimea may have galvanized Putin’s domestic audience more, but it is Syria that gave Moscow its new-found international standing, and created a reputation for its leader as some multi-dimensional chess master.

Yet Russia’s recipe has been simple. Its military support, intended not to signal help, but to provide it, tipped the scale of what was already a festering conflict towards a way out, however undesirable by some of the outside players. In parallel, Moscow’s initial diplomatic efforts – bringing together Tehran and Ankara – were perceived as showy window dressing for the falling bombs, lacking participation from many of the key actors on the ground. But backed by genuine power ten rounds of Astana and Sochi have actually laid the foundations for actionable proposals, including the Idlib agreement. As France and Germany’s participation indicates, this diplomatic track has now overtaken the stalled but ongoing UN-backed Geneva process.

Just as important as who sit down in Istanbul, are those that have been left by the wayside, no longer considered powerful or essential enough to the peace settlement. Saudi Arabia’s designs on turning Syria into another Sunni-dominated outpost have sputtered, and while it continues to fund rebels, and counteract Iran, with its domestic reforms, multiple parallel conflicts, and the Khashoggi crisis that has pitted it against Ankara, Riyadh has more pressing matters on its hands.

Meanwhile the US has bungled its way out of any serious diplomatic consideration. From the empty posturing and red lines of the Obama era, to the half-hearted support of the purported moderates, the US has struggled to articulate its aims, particularly in the wake of the demolition of Islamic State, which offered it a straightforward adversary. Unlike Iran, where Donald Trump has been tenacious and focused, in Syria, the US leader has been reactive, and prone to flip flops, such as over the future role of its troops on Syrian land. Washington continues to be present in the country, and is supporting another faction in the conflict, the Kurds, but rather than serving American policy interest this seems to merely be aggravating Ankara, which views them as the terrorists, and turning it towards Moscow.

Russia will be pleased at its outmaneuvering of the US in this theater, and as with energy cooperation and the Iran deal, Putin will enjoy driving a wedge between Europe and the US, by bringing in the former, while leaving Washington on the margins.

Idlib accord or discord?

But the gloating amid the geopolitical games will ring hollow for as long as the war, which has taken around half a million lives, continues.

Idlib, located in the north-west of the country, between Latakia on the Mediterranean coast, and Aleppo to the east, has become the drain pit into which the anti-government forces have collected after a series of defeats through the course of the last two years. Controlled by Islamist factions of varying radicalism, including a powerful Al Qaeda affiliate, Tahrir Al-Sham, it is also home for up to 3 million civilians, many of them refugees from elsewhere in the country. A direct confrontation between government forces engaged in a final assault, and militants making a last stand would be gory.

The Idlib memorandum was a last-ditch attempt to avert what the UN predicted would be a humanitarian catastrophe, but it remains complex and ambiguous in its aims and potential outcomes, and there is little surprise it was delayed beyond its original October 15 implementation date.

It proposes a 15 to 20 km de-escalation zone around the rebel-controlled area, which could become a safe haven for civilians, and a means of testing compliance from the group inside that would be forced to leave or face destruction. Communication and trade with the outside world is set to be restored by the end of the year.

But the plan contains no actual proposal for a long-term cessation of hostilities, and does not in any case neatly fit any of the sides’ agendas.

The Syrian army wants to simply retake the area, as is its right, but is wary of sustaining heavy casualties against a force that is not in an enclave, but directly connected to supply lines behind the border.

Turkey desires to maintain its foothold in Syria, and in the longer term, perhaps to convert the area into an occupied territory, weakening Damascus, giving Ankara a launching ground for its conflict with the Kurds, as well as a location for refugee camps. But what it doesn’t want is more than its current 3.4 million refugees that would inevitably result from an all-out assault, so it benefits from prolonging the status quo. 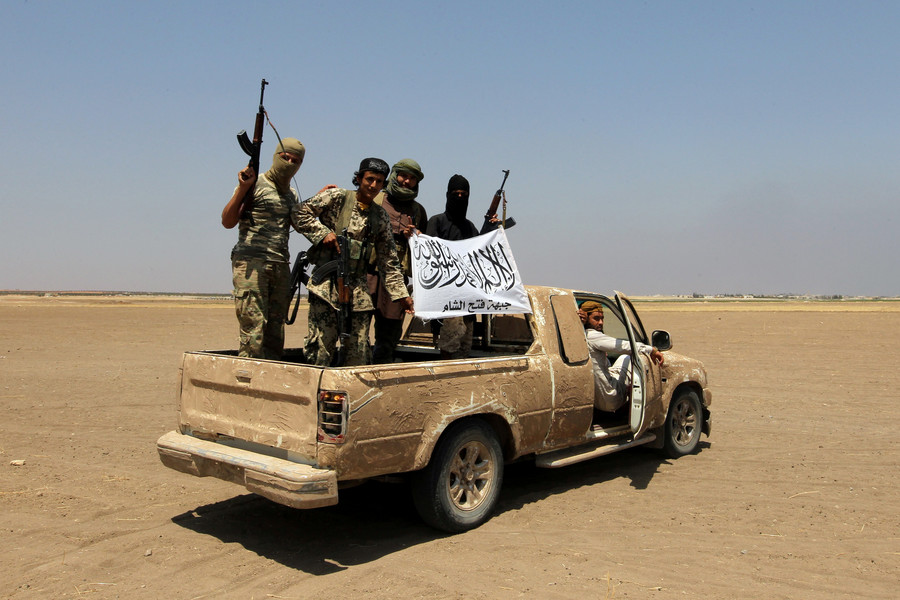 Meanwhile, Moscow has a tough balancing act, as it supports Assad’s campaign, but will not want to aggravate Turkey, without whose cooperation a full-scale conflict would resume. Russia has encouraged Turkey to defuse the situation by encouraging the fighters it has funded to pull out, ensuring that the ones left are legitimate targets.

Within Idlib itself, there are splinter groups, some of which would surrender or escape, while others are determined to fight to the death. So far none of them have moved from the buffer zones, and worse still, they could begin an internecine factional battle that could be every bit the humanitarian disaster of any external assault.

Can anyone on Saturday do anything to break this deadlock? Is Turkey prepared to sacrifice some of its ambitions on the wrong side of its border? Will Putin promise Erdogan to hold back the Syrian forces, and for how long? And can Europe offer anything more than platitudes about civilians, and bribes for Turkey not to send more asylum seekers?

The optics of Istanbul will likely be promising, but this does not appear like an issue that can be solved by four leaders in an afternoon, and Kremlin has already attempted to lower expectations, saying that the summit will be about “comparing notes” and not “breakthroughs.”