President Donald Trump has used a rally in North Carolina to gloat about the stock market roaring back while throwing sharp barbs at Democratic candidates on the eve of the Super Tuesday primaries.

Mr Trump’s spirits were high on Monday after the Dow Jones Industrial Average soared nearly 1,300 points, or 5%, clawing back from a seven-day rout in which it dropped more than 3,500 points.

Stocks rose on hopes that central banks will take action to shield the global economy from the effects of the coronavirus outbreak.

“Do you think our opponents were thrilled when they saw the stock market today?” asked the president, who has taken credit for a bull market throughout his three years in office.

Mr Trump threw some of his hardest punches at former vice president Joe Biden, who is coming off a decisive win in Saturday’s South Carolina primary. 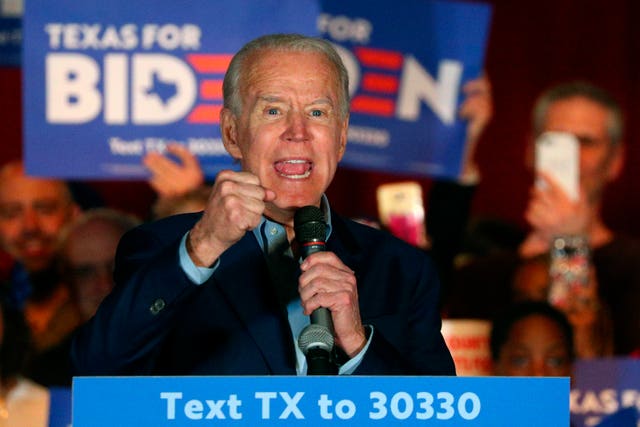 He picked at Biden’s propensity for rhetorical stumbles on the stump, suggesting it was a sign of senility.

The president speculated that if Mr Biden wins the White House, “he’s not going to be running it. Other people are going to”.

Mr Trump added that Vermont senator Bernie Sanders “does have some enthusiasm, but much less than we have.”

Mr Biden is making the case that moderates need to consolidate behind him to stop Mr Sanders, a Democratic socialist, and give Democrats a shot at beating Mr Trump in November. 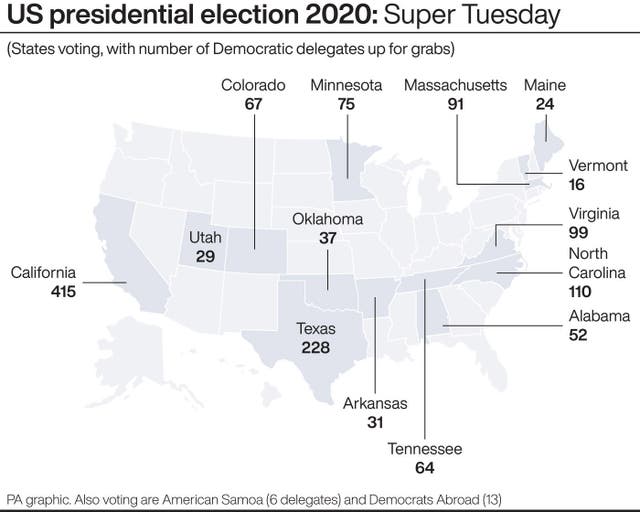 Former New York City mayor Mike Bloomberg, who skipped the first four contests, will appear on the ballot for the first time on Tuesday.

The president speculated there may have been a “quid pro quo” for Mr Buttigieg — the offer of a job in the next Democratic administration for dropping out and endorsing Mr Biden.

“Impeach them. They should be impeached,” he said.

Mr Trump has offered daily commentary on the Democratic race, alternately boasting that no Democrat has a chance against him, ridiculing the top tier of candidates with derisive nicknames and arguing that the party’s establishment is trying to steal the nomination from Mr Sanders.

Mr Sanders shot back on CNN on Monday night, telling the president to “stay out of the Democratic primary”.

“Why don’t you do your job for a change as president?” he said.

North Carolina, a perennial swing state, is among the 14 states, one territory and voters abroad that will cast their ballots on Tuesday.