Skip to content
Hungarian Prime Minister Viktor Orban delivered a fiery speech to European lawmakers in Strasbourg, before they began deliberations on suspending the country’s key EU rights due to his government’s policies.

Orban accused the “pro-migrant majority” of having “already made up their minds” to invoke the European Union Treaty’s Article 7 against Hungary, for its treatment of migrants and minorities, and the ruling party purported abuse of the law and suppression of media freedoms.

“Hungary will not accede to this blackmailing, Hungary will protect its borders, stop illegal migration and – if needed – we will stand up to you,” said Orban, who was re-elected with an overwhelming majority in April.

“Hungary is going to be condemned because the Hungarian people have decided that this country is not going to be a country of migrants.”

Calling the proceedings an “insult” to his nation, Orban called Hungary the “defender of Europe” and spoke of its “different view on Christianity in Europe, the role of nations and national culture.”

“These differences cannot be a reason to brand any country and be excluded from joint decisions. We would never go as far as to silence those that do not agree with us,” said the Hungarian prime minister, as the majority of the chamber sat in silence, while his mostly Euroskeptic supporters cheered.

Article 7 is applied if an EU member state presents a “systemic threat” to the bloc’s values, which Hungary was adjudged to have done in a report by Green MEP Judith Sargentini earlier this year, and could result in Budapest losing its voting representation in various European bodies, becoming a pariah state in the union.

It requires for two-thirds of MEPs to vote in favor of accepting the report on Wednesday, after European Commission chief Jean-Claude Juncker delivers his annual State of the Union speech.

This is considered likely, but all the other EU nations would then need to agree unanimously to punish Budapest. Such consensus has never been achieved, meaning that Article 7 has never been implemented, and is not likely this time either.

Hungary has vowed to veto the application of similar sanctions to Poland, under its own investigation, and at least Warsaw will likely return the favor.

One setback for Orban, however, was the decision by Austria’s governing center-right party People’s Party to back the report. Hungary’s northern neighbor appeared to be on the verge of joining the Visegrad Group of four anti-migrant European states (which also includes Poland, Czechia and Slovakia) when Sebastian Kurz won the election last year. 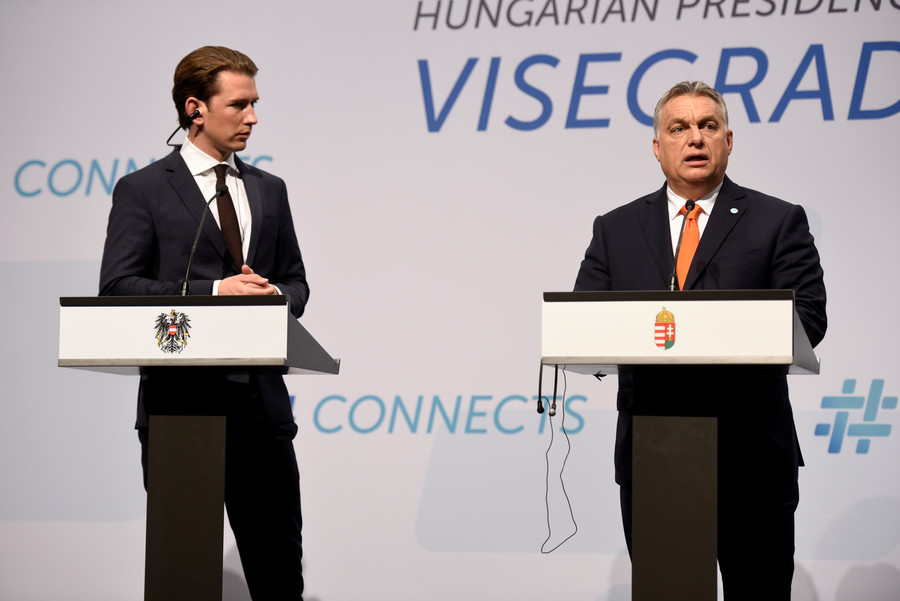 “There can be no compromises on the rule of law and democracy and it is therefore important that the accusations that have been made against Hungary are cleared up,” Kurz told Austria’s national television ahead of the MEP vote.

Mr Orbán should join the Brexit club. He will love it. pic.twitter.com/VsuBwKIhbc

All the same, Orban retains the support of one notable Europarliament presence.

“Thank God there is at least one European leader prepared to stand up for his principles, his culture, his nation and his people in the face of such extreme bullying,” said former UK leader Nigel Farage, who called the proceedings against Budapest “a show trial.”